When the Dutch white label copy of Bomber was listed on Ebay by ariadnar2006 I was a bit suspicious because of my earlier experience with Vinnie Reed. There are people out there producing fake white label copies. So I looked at his other listings. Only white label test pressings with bands like The Police, Led Zeppelin, Genesis, The Beatles etc. Strange indeed. So I asked him how come he had all those test pressings. He was located in Spain and did not seem to understand my question. He did answer my email question but his answer did not make much sense:

"GENESIS IS FROM SPAIN AND MOTORHEAD IS FROM BENELUX".

Well, there is a possibility he got a large collection from someone who has been working in the record industry at some time. But I did not think that explanation sounded very likely considering there did not seem to be any connections between the different test pressings he offered. Some were from Spain, some from France, some from Benelux etc. And no connection between the record companies. So this time I definitely smelled a rat early. But he had only positive feedback so I thought if I took a chance here there was a chance he would pay me back. So I bid and won it for $199. 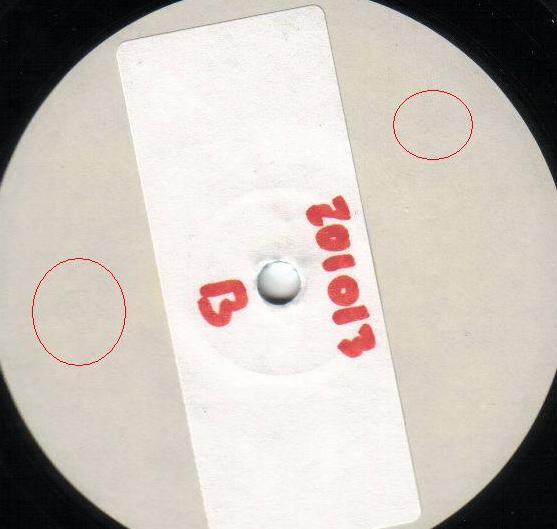 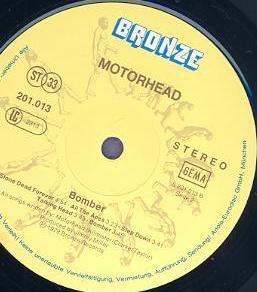 The LP was housed in a benelux cut out sleeve and that is probably why ariadnar2006 claimed it was a benelux pressing but the matrix no indicates it is actually a German pressing.

I have been in contact with other buyers and there are several who also claims they have received fake white labels. But there are also those who say there copies are genuine.